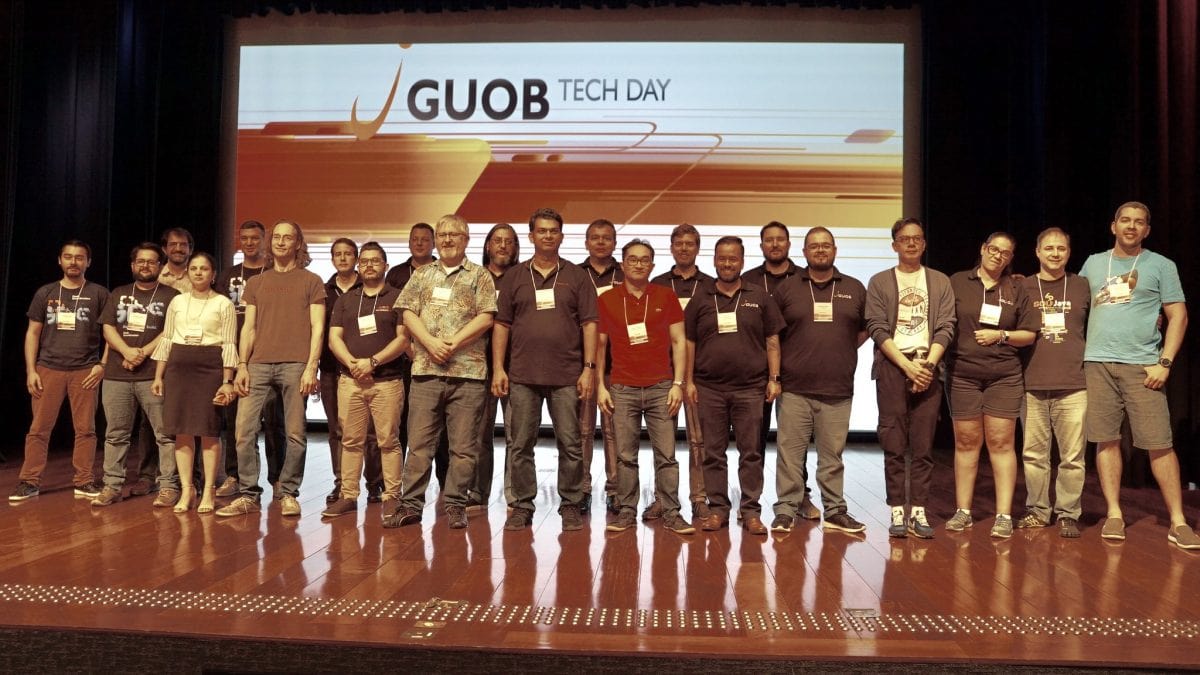 This post is also available in: Português (Portuguese (Brazil))

Hope that you are OK!

One more time this event happened at UNINOVE – Campus Vergueiro. Thank you very much for professor Marcos Alexandruk, the coordinator of the IT courses.

Alex Zaballa was the responsible for the opening of the Tour: 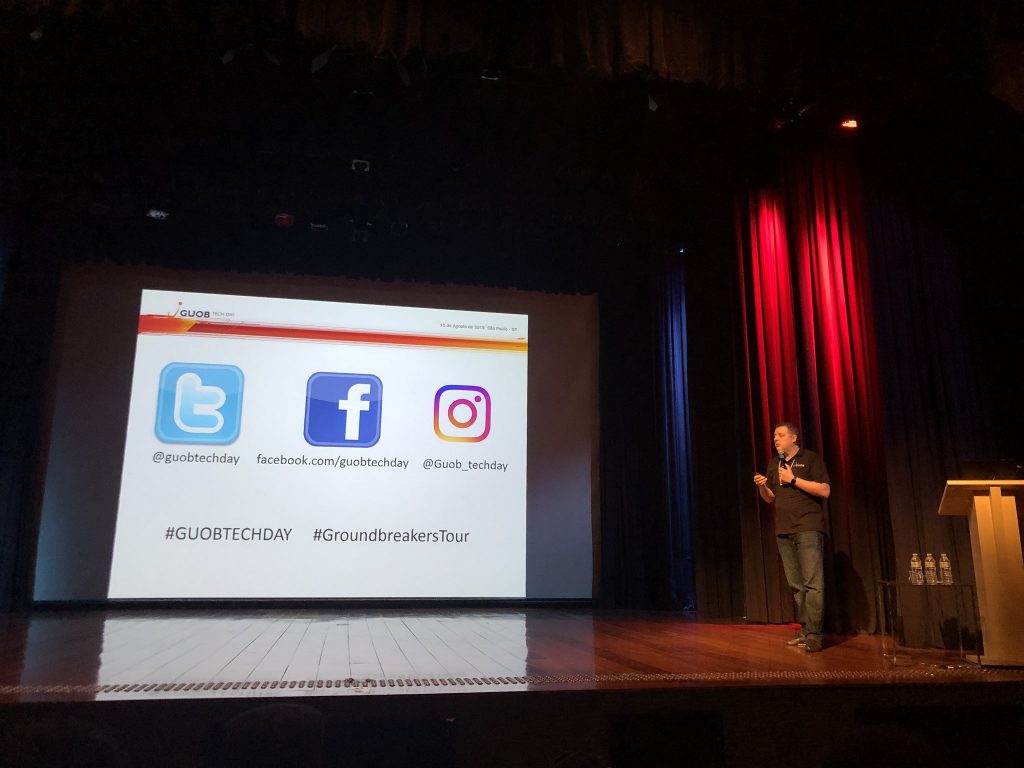 After Alex Zaballa, we had Marcelo Christianini from Oracle. In his short session (opening as well), he talked about how the world is changing, and today, data is the new oil. He showed us how the market cap changes around the years, sometime in past, the leaders in the world are energy/fuel companies. Today, are technology/data companies the biggest companies in market cap.

After Marcelo, we had Pablo Ciccarello, OTN LAD Manager, he did a session explaining how the community in Latin America can work to increase knowledge sharing and how this can help the users and professionals from Oracle Community in LAD. 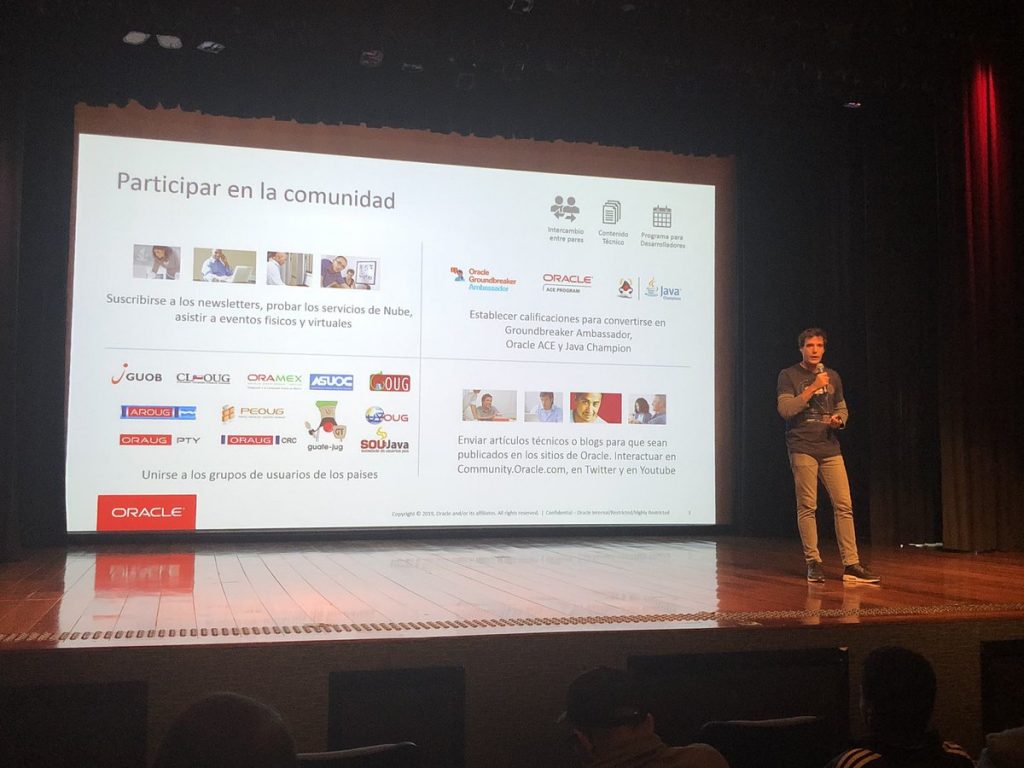 He also spoke about Oracle ACE Program and invited the Brazilian ACEs that are present in event to come to stage: 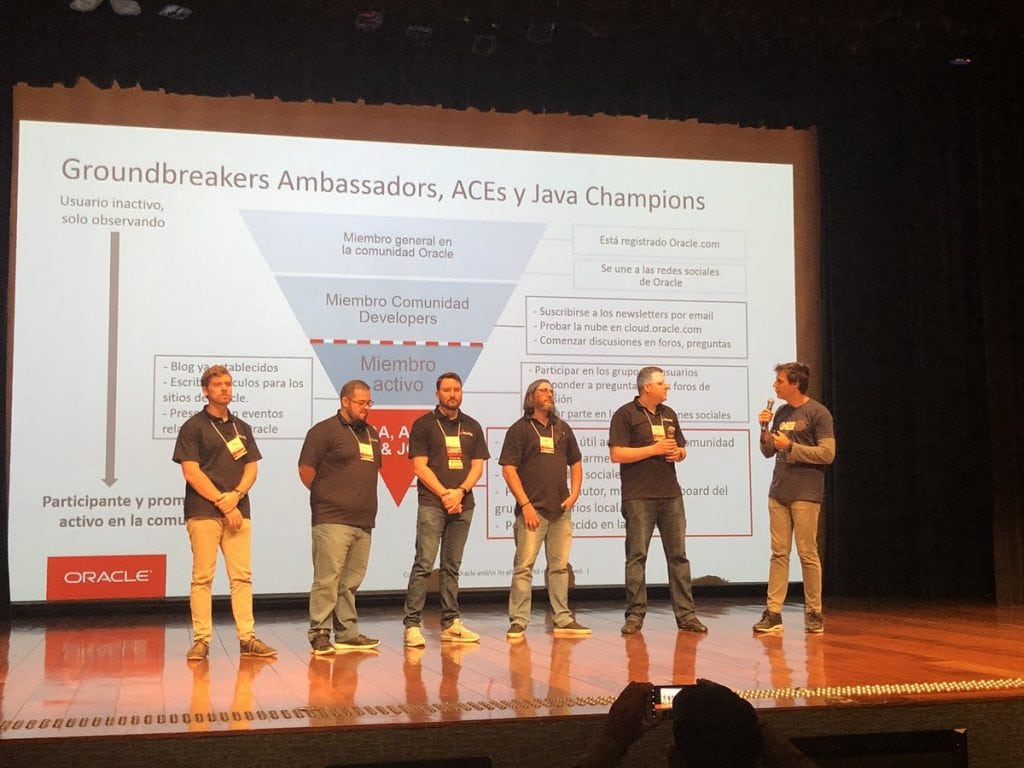 Yes, you cannot see me at this picture above. In 2014 I became an Oracle employee and according with the rules, when you becomes an Oracle employee you cannot continue in the ACE Program. Rules are rules, right? Last year I joined Accenture Enkitec Group, who knows some day I can join the program again with those great professionals? 🙂

After the opening, we had the first networking coffee (pictures taken by Ricardo Portilho): 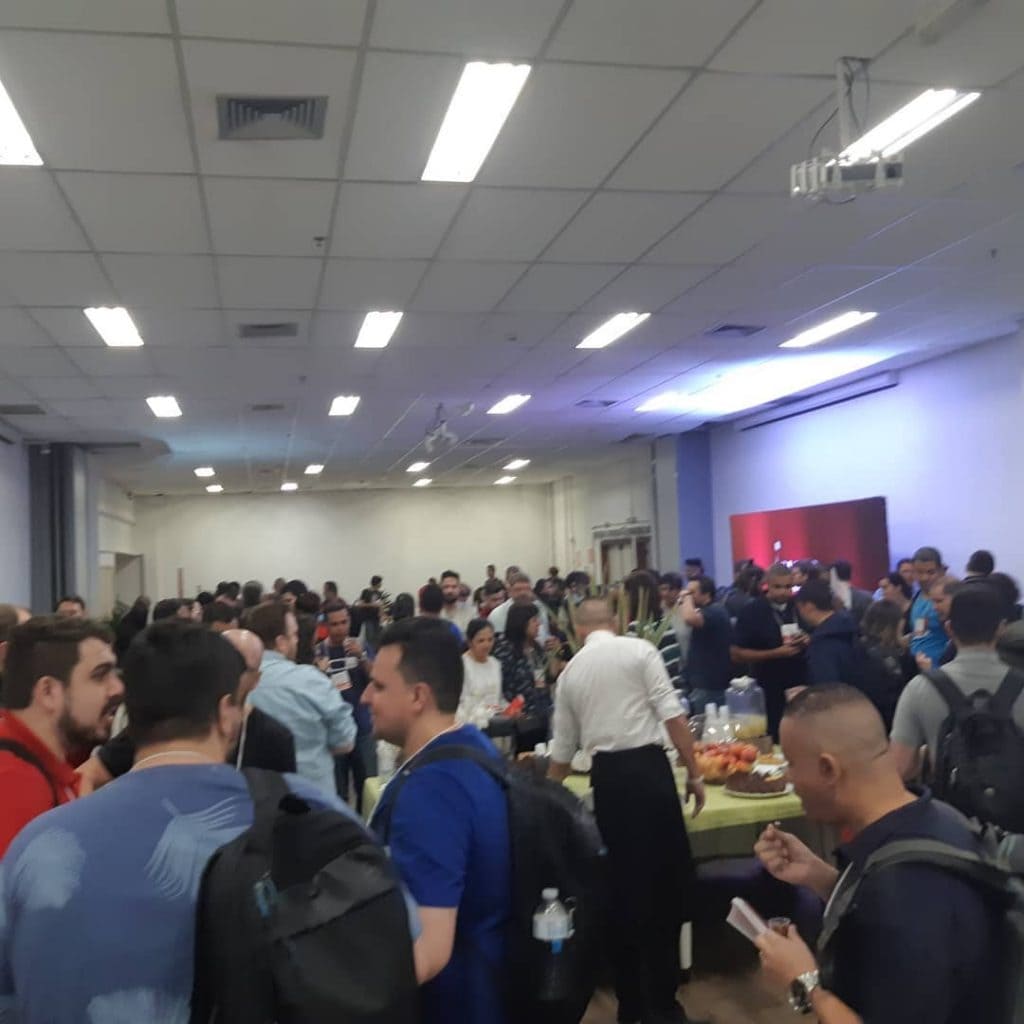 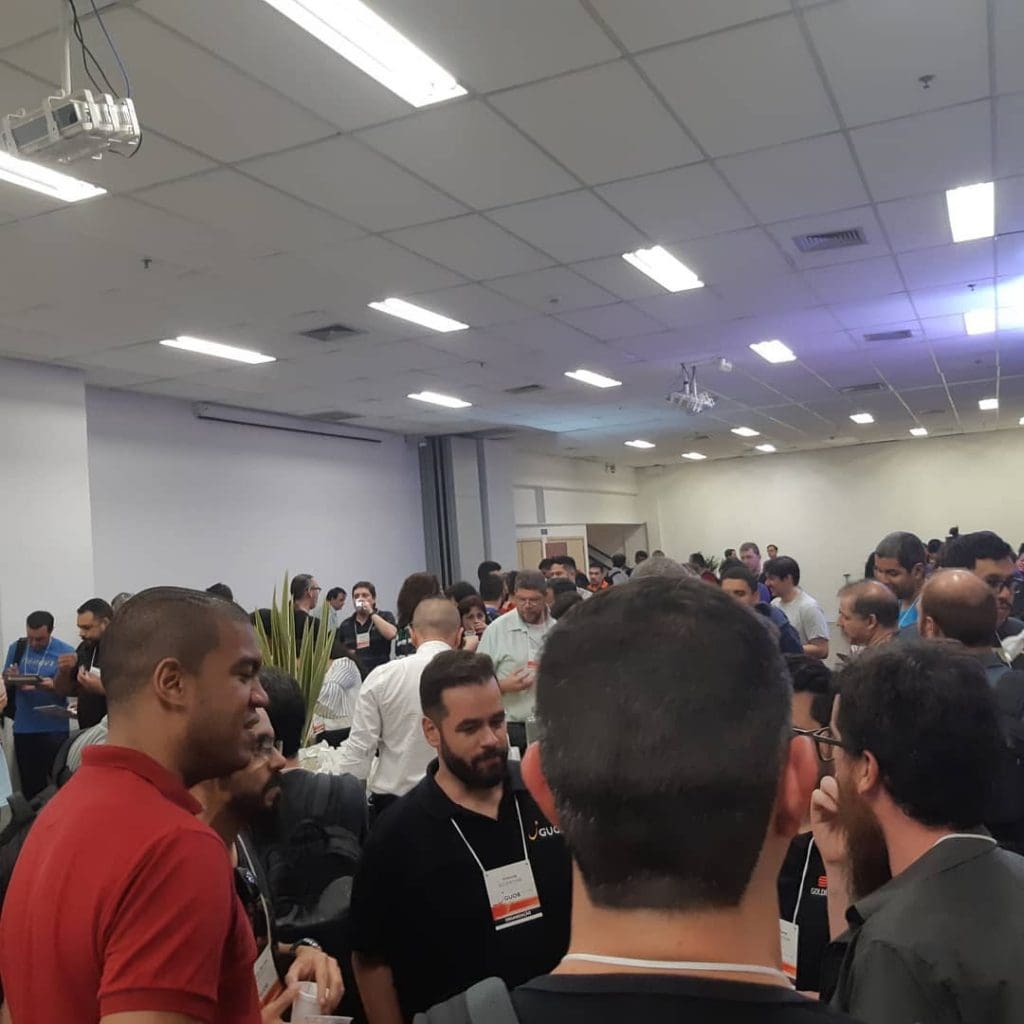 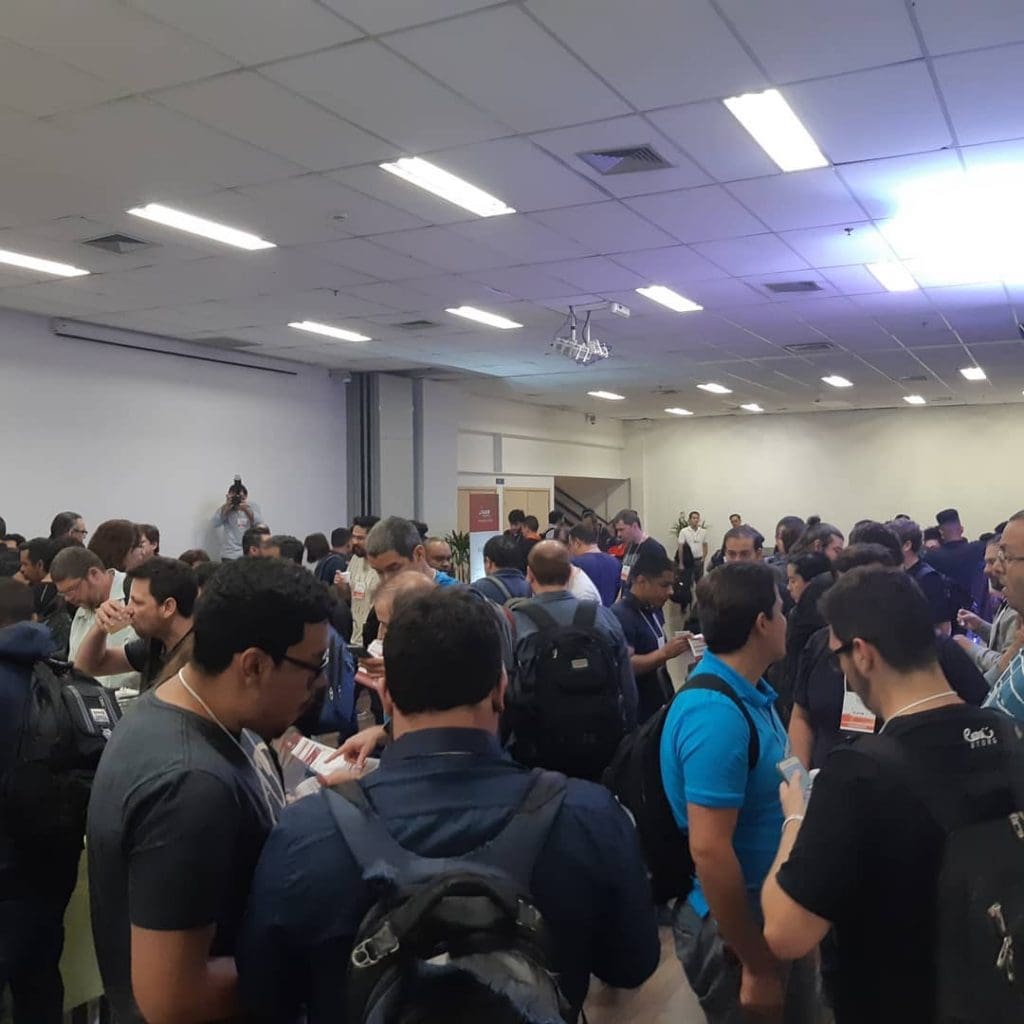 In the first Mike Dietrich’s session, he spoke about fallback strategies for database upgrades. Well, it was an excellent session, as always! 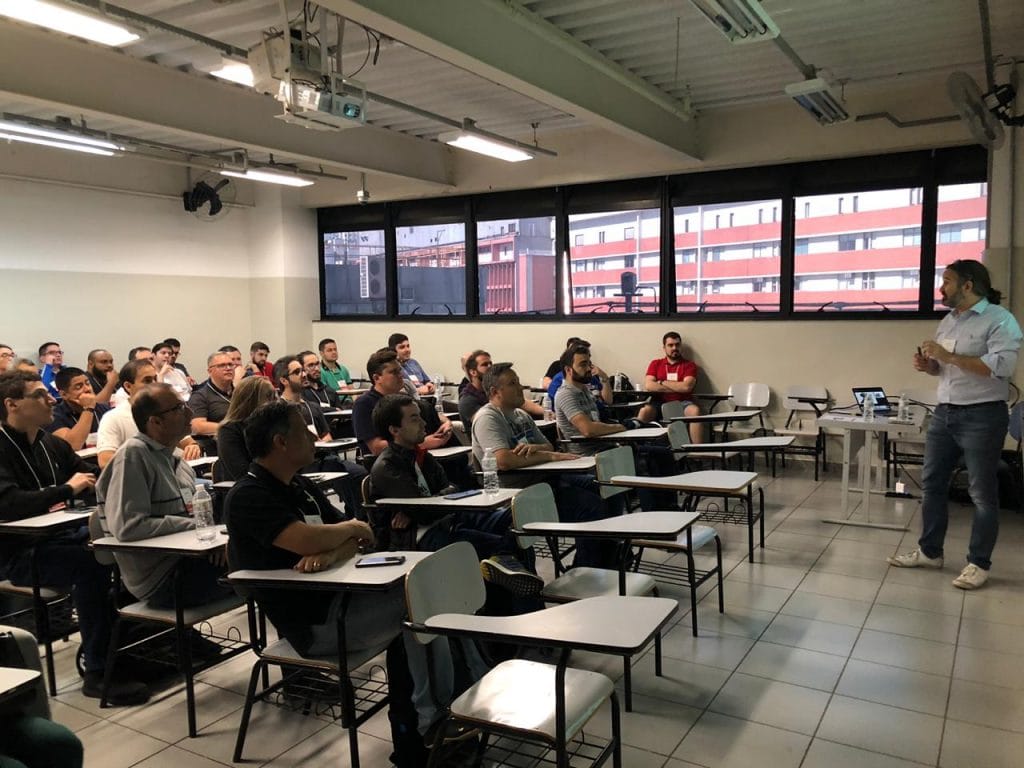 After Mike’s first session, I saw Nirmala Sundarappa’s session about  Zero Downtime for Java applications: Use Cases and Solutions. If you are a Java Developer you MUST see this session by the way! If you are just a DBA, you also MUST to see it! 😉 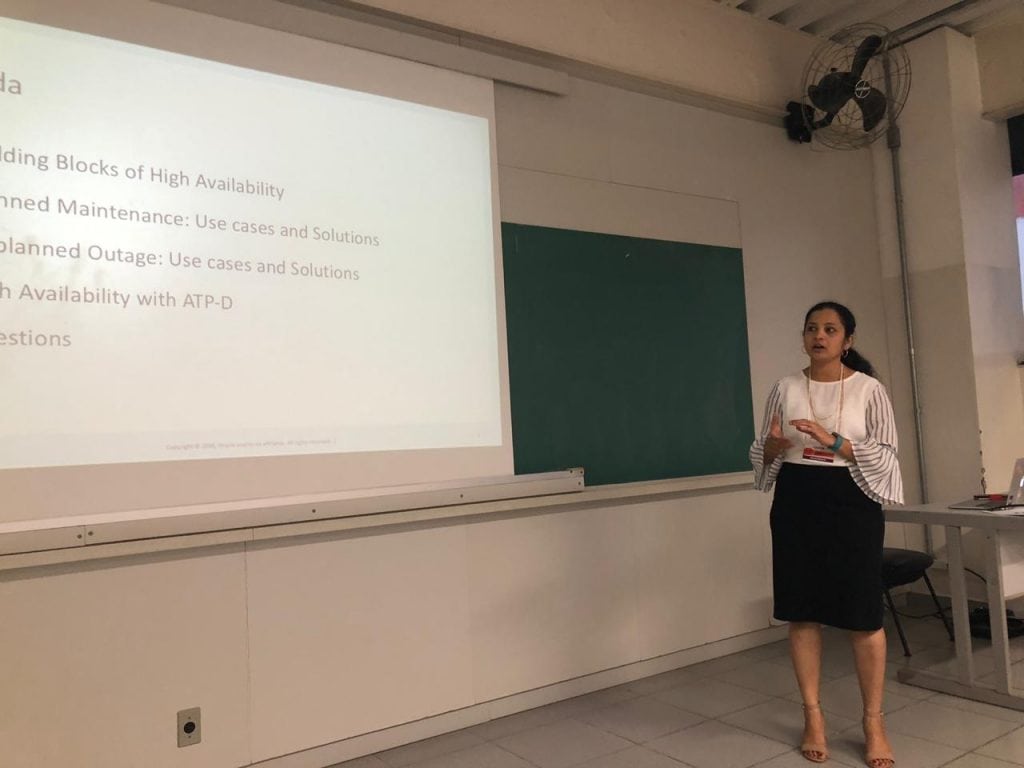 After that, we made a break for lunch and Pablo Ciccarello take this excellent picture with some speakers: 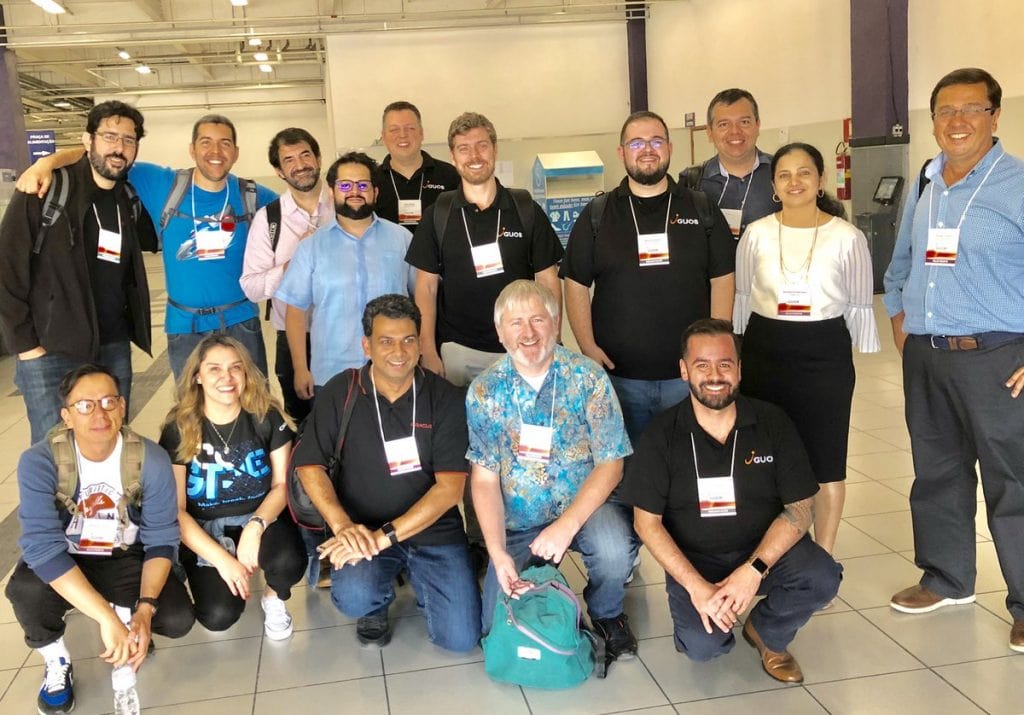 After lunch, I spoke about database migration methods from on-premises to Cloud: 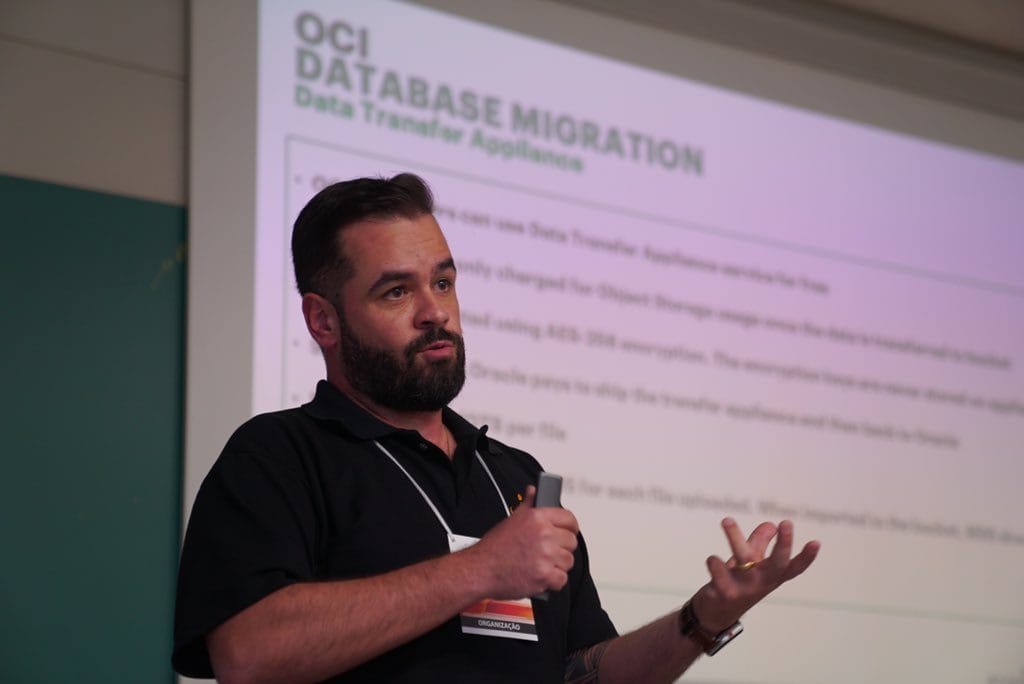 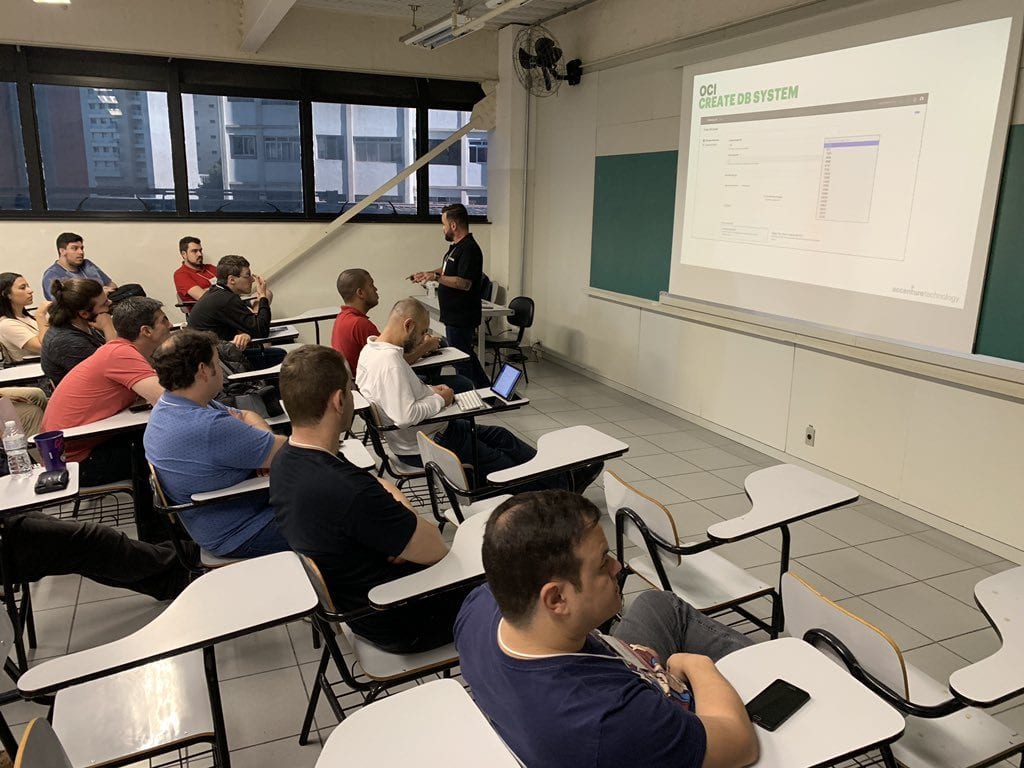 After my session, I saw Dimas Chbane session about: Preparing your way to the cloud: standardize your legacy systems. If you are planning to migrate your database (to cloud or not) you MUST to see it! 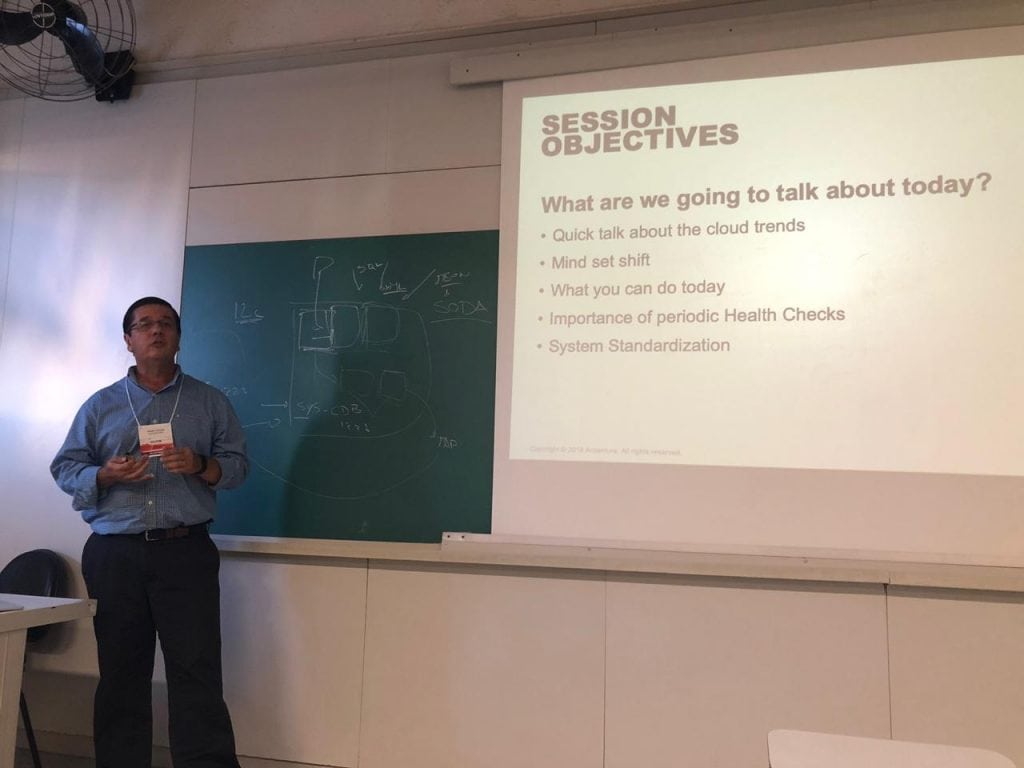 After Dimas’ session, I saw Rodrigo Jorge’s session about Scanning Oracle Database for malicious changes, where he did a live demo for his tool: orachksum: 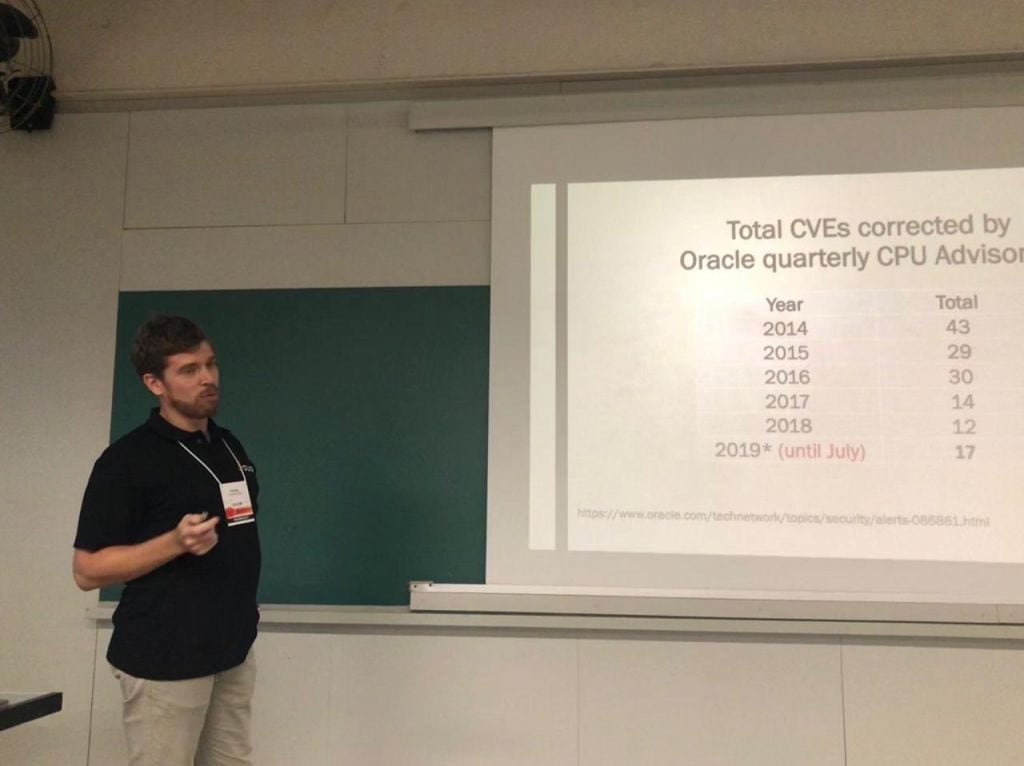 After Rodrigo’s  session, I saw Alex Zaballa’s session talking about migration methods from on-premises to Cloud. Well, it’s the same subject from my session, right? But we are talking about Alex Zaballa, in his session he just did a live demo for his new tool: mig360, which captures a lot of important informations from database to help you to plan your migration to Cloud: 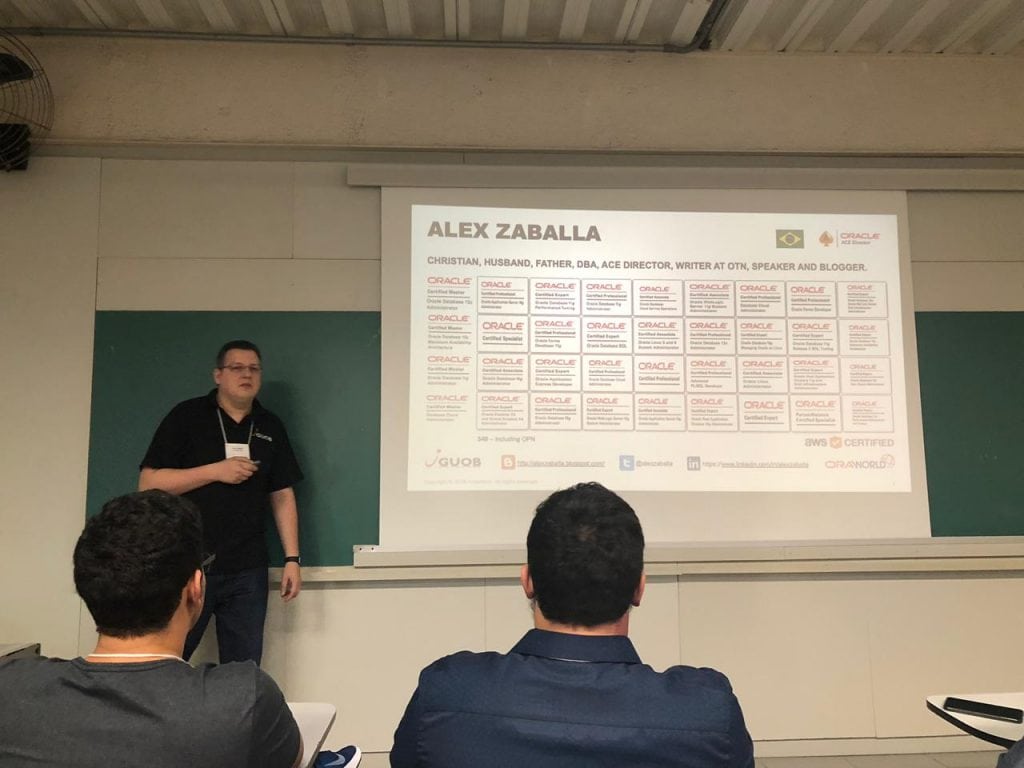 The closing of event was with Alex Gorbatchev from Pythian: 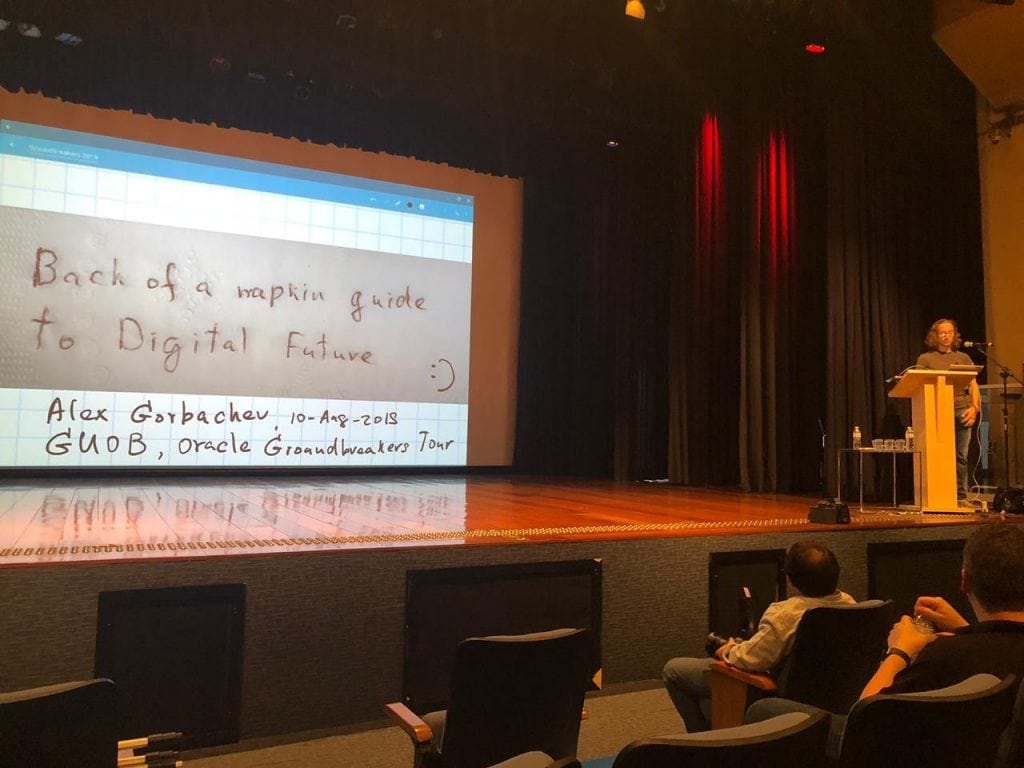 Some pictures taken during the event (not all were taken by me):

Sandesh Rao in one of his many selfies: 🙂 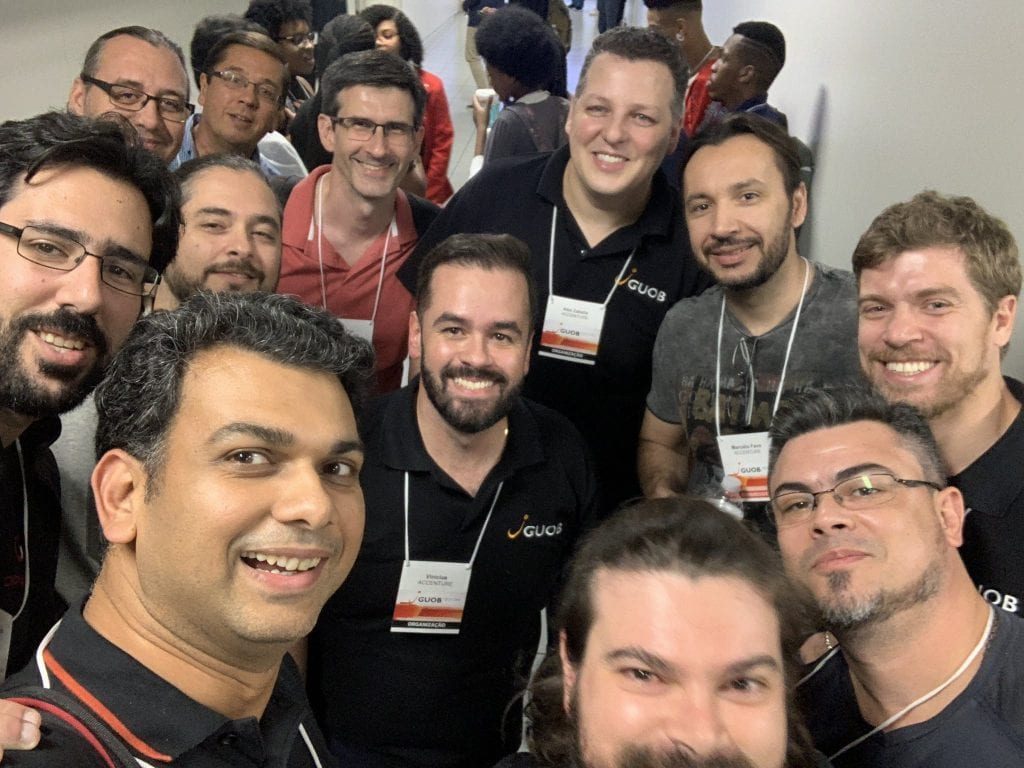 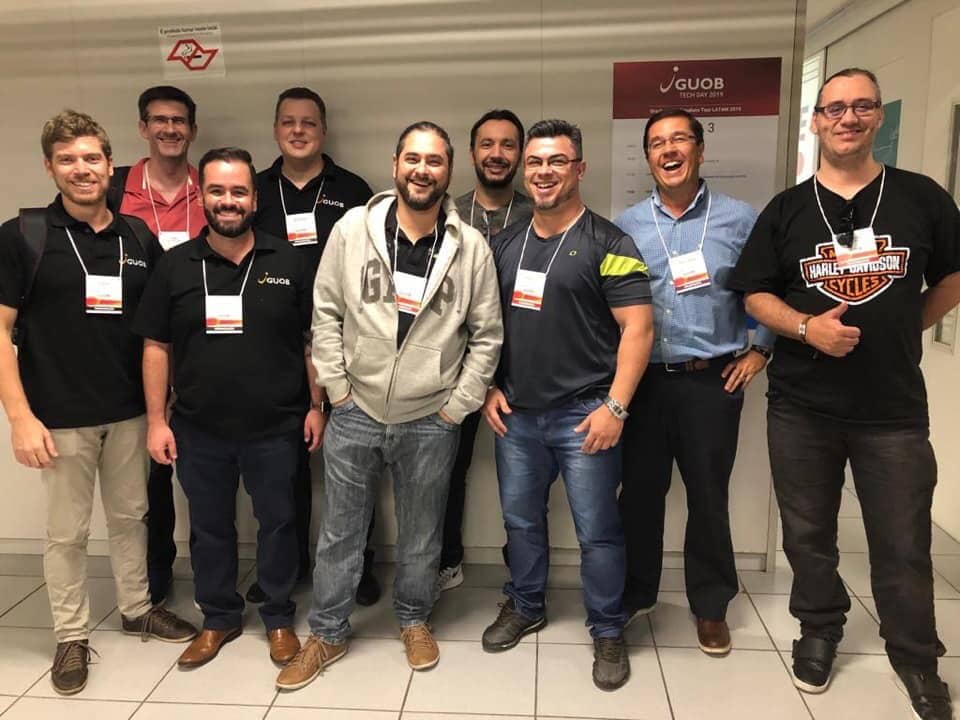 Closing of event with GUOB Board and also with speakers: 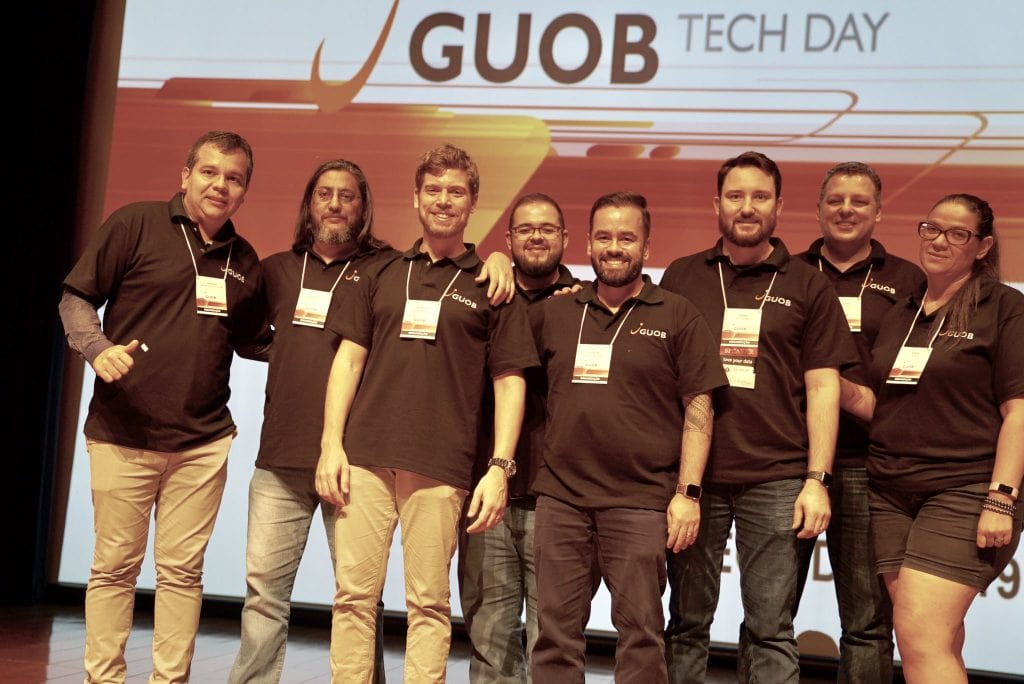 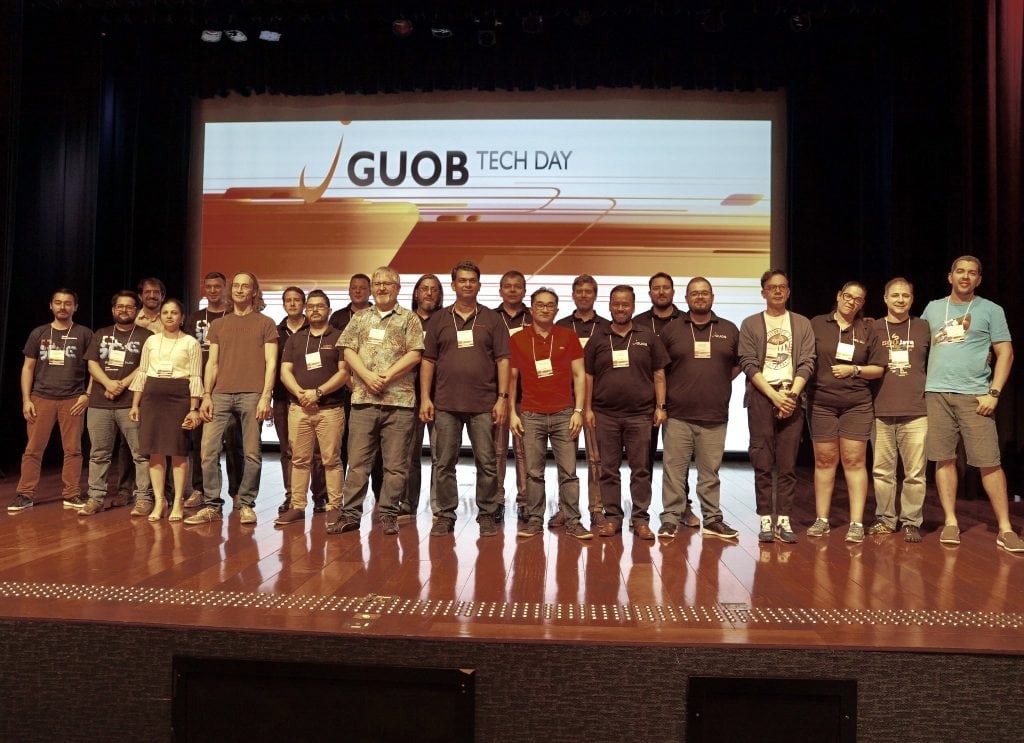 It was a great day, a lot of knowledge, learning, networking and also a lot of chat!

In Twitter you can check some posts about the event:

The following hashtag it was used to as well, but, not only in Brazil, so, you can see some post about the tour in Latin America too:

All the slide decks and pictures will be posted at the GUOB website soon.

I lost one of my Voting Disks! How can I recreate DiskGroup GRID with all my nodes and databases online and with no unavailability? 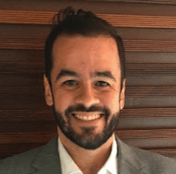